According to the latest reports, Facebook is working on its own Cryptocurrency for instant messaging platform What’s App. This new cryptocurrency is expected to be pegged to the US Dollar to minimize volatility.

Early this year, Mark Zuckerberg as part of his regular address to users of Facebook on what he intends to learn in the new year established that he will look into cryptocurrencies in 2018 and how it can be applied to services offered by Facebook.

…like encryption and cryptocurrency — that take power from centralized systems and put it back into people’s hands. But they come with the risk of being harder to control. I’m interested to go deeper and study the positive and negative aspects of these technologies, and how best to use them in our services.

This statement has been followed by several reports about the Social Media giants working on an in-house cryptocurrency with the latest coming from Bloomberg. According to sources, the rumored currency will let users transfer money on its WhatsApp messaging app, focusing first on the remittances market in India. What’s more, Facebook’s digital currency will be a – a kind of cryptocurrency pegged to the U.S. dollar to minimize volatility.

Other reports by CCN and The Block have also indicated that Facebook has added new staff whose work is blockchain related. As of now, more than 40 people can be found in LinkedIn when you look for Facebook employees with the term “Blockchain.” The Carlifonia-based company also put of up vacancies for jobs that are blockchain related.

What’s App presents a great opportunity for a currency with utility due to its large user base and popularity in emerging markets such as India where the instant messaging platform has more than 200 million active users and the digital currency is expected to be launched.  India is a leader in the world when it comes to remittances — according to the World Bank, more than $69 billion have been sent abroad to India in 2017 alone making it a suitable market to test the new currency.

With Facebook’s eyes set on providing solutions for financial inclusion in emerging markets and an addition to the list of , next year promises to be interesting as we await Facebook’s cryptocurrency. 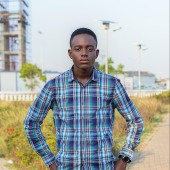