Rama Iyer, President at Eleven01 has revealed India will be at a loss if it completely halts the adoption of cryptocurrencies. He also explained that cryptocurrencies, their possession trade by themselves are not banned.

“It is the Reserve Bank of India (RBI) that has banned banks from enabling the trade and transaction of cryptocurrencies and organizations dealing with crypto,” Iyer informed CoinNewsLive in an interview. “This will prolong India’s attempts to get on par with other countries like the UK, Japan, or Switzerland.”

Since July 2018, banks have been impeded by the Reserve Bank of India (RBI) from opening accounts for Cryptocurrency exchanges and traders. The measure has led to trading volumes dipping and exchanges like Zebpay closing their doors.

Even though India’s position on Cryptocurrency is adversarial, ironically, the country highly Blockchain adoption. Though Iyer disagrees that stand is hypocritical.

I think it’s early to make a blanket statement like that. I don’t think that the Indian govt’s stance on cryptocurrencies is blatantly hypocritical, please understand India is one of the largest economies globally and 2nd largest country by people. It’s hard for the govt. to take a knee-jerk reaction. I think it’s a matter of apprehension and caution that has the Indian Govt. imposing restrictions on cryptocurrencies.

Notwithstanding, Iyer was of the opinion cryptocurrencies are paving the way for a better future that will ensure economic security and prosperity. But such a future can in India solely with the collaborative efforts of governments and industry efforts

India is one of the fastest growing economies with unprecedented technology adoption. Given these circumstances that are conducive to crypto adoption, it is disheartening to see that the government is imposing regulations against it.

But Iyer deems the move towards Crypto in India as basically the quest of the state to protect its people. “The Indian government is apprehensive towards the adoption of cryptocurrencies as there are cases where there has been a breach of security, resulting in tax evasions, scams and money laundering,” he suggested

He, however, thinks that the recent deliberation that bans the usage of cryptocurrencies is little premature and early and he is sure this will be revisited for a long-term solution. The Govt is attempting to take steps toward exploring regulatory frameworks and policies implemented in countries like Japan and UK.

Blockchain Will Thrive in India

More so, Iyer maintains that despite the Crypto ban, Blockchain will thrive in the Asian country. He says:

The president of Eleven01 is convinced from a Govt standpoint, Narendra Modi, Prime Minister of India and Arun Jaitley, Finance Minister of India, are readily endorsing the implementation of blockchain technology in initiatives like the 100 Smart Cities Mission.

But he Admitted that India does have an unusual dichotomy in its adoption of blockchain and its restriction of cryptocurrencies. However, it is very unlikely that India will express any dissent towards blockchain technology given how openly they have endorsed the technology.

Iyer opines It is highly unlikely Blockchain will be treated like Crypto by the government looking at the dedicated efforts that the government is making to explore and implement blockchain technology. He revealed there are several state governments actively adopting blockchains like Kerala, Rajasthan, Haryana, and Maharashtra.

When asked if he is optimistic about the petition filed by the Crypto Community at the Apex Court of India to overturn the Central Bank’s ban, Iyer was not too sure. “It is hard to tell what the Supreme Court will deliberate with respect to cryptocurrencies,” he told CoinNewsLive. “There have been some significant contentions backed-up by research made “

Iyer mentioned that at this point, we can only remain hopeful that the government is well-equipped with the information it needs to make a positive and productive decision towards the adoption of cryptocurrencies. Nevertheless, the New Indian Express reported on Wednesday that it is likely the government will soon overturn the ban and introduce regulations around the crypto space. 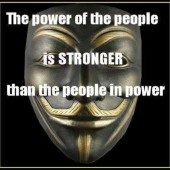 Interview: Tokenization on the Blockchain with Former MD at Morgan Stanley